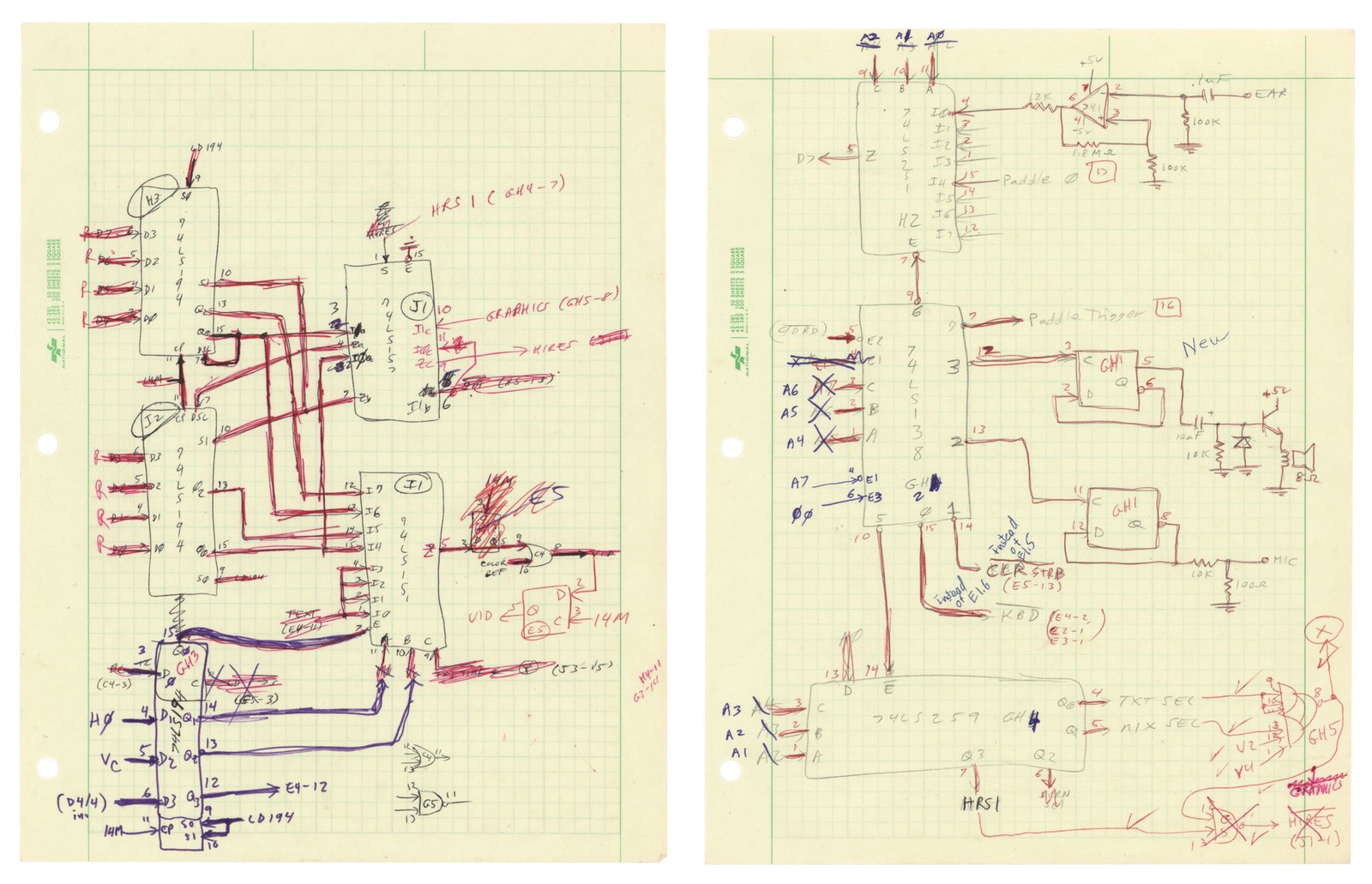 A set of schematics and programming instructions for a prototype version of the Apple II home computer recently sold for $630,272 from RR Auction, the company said today.

Wozniak added notations, circuit changes, and programming notes to these pages as he hand-wired the Apple II prototype, and he confirmed their veracity prior to the auction.

Accompanied by a signed letter of provenance from Wozniak: “These documents, circa 1975, are my original Apple II prototype schematics and programming instructions. They are precious. On these work-in-progress diagrams, you can even see my breadboarding technique, where I’d go over drawn connections in red as I soldered the wires in. At the time, I favored using a purple felt tip pen for writing, so it’s interesting to see these notes decades on. The prototype was hand-wired while I was still an engineer at Hewlett-Packard’s Advanced Product Division, where I was involved in the design of hand-held calculators.”

Other items sold at the auction include a “Battleship” keyboard signed by Steve Jobs and Steve Wozniak that went for $74,535 and a Steve Jobs-signed Monsters, Inc cue sheet that went for $12,501.