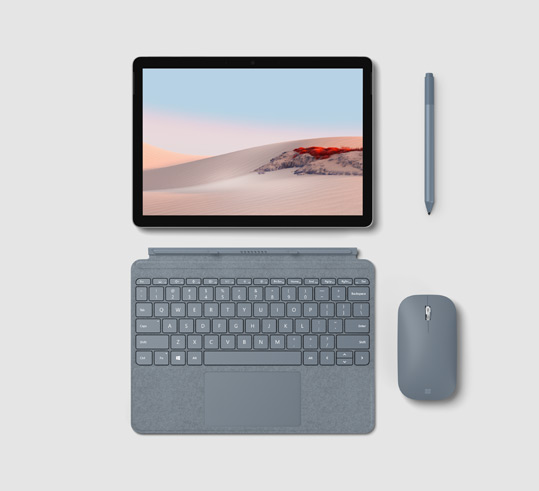 Microsoft’s Surface devices could adopt modular designs in response to the challenge of Apple’s M1-powered MacBooks, according to a patent filing.

Spotted by Windows Latest, the filing details how potential laptop-style Surface devices could include “interchangeable housing panels,” whereby modular panels slot into the lid in order to confer upgraded capabilities. One key example given is faster cellular data connectivity, a feature that’s missing from the Apple M1 — an otherwise-excellent SoC that’s propelled several MacBooks onto our best laptops list.

The Microsoft Surface Pro X already has cellular connectivity, but is also based on an earlier Qualcomm ARM chip that can cause compatibility issues with Windows software. A 4G or 5G module could potentially grant always-on connectivity to a native x86 Surface, without any of those compatibility problems.

An illustration in the filing of an in-store display for such a modular Surface laptop also features several different, if generically-packaged modules, so the system could expand to include distinct add-ons like extended battery pack modules.

However, before you start saving for your pre-order, keep in mind that a patent filing doesn’t necessarily make for a product that’s deep into development, if Microsoft intends to continue with the concept at all. It’s also unclear whether such modular functionality would be applied to one of the existing Surface devices or reserved for an all-new one – the patent refers to a folding laptop design, so it probably wouldn’t be the Surface Pro, and since the Surface Book screen needs to be detachable it would be tricky to find a suitable place for the modules to fit.

Still, Microsoft is hardly scared of out-there designs. It’s only been a few weeks since the release of the Surface Duo, a flawed yet beautifully thin dual-screen smartphone.