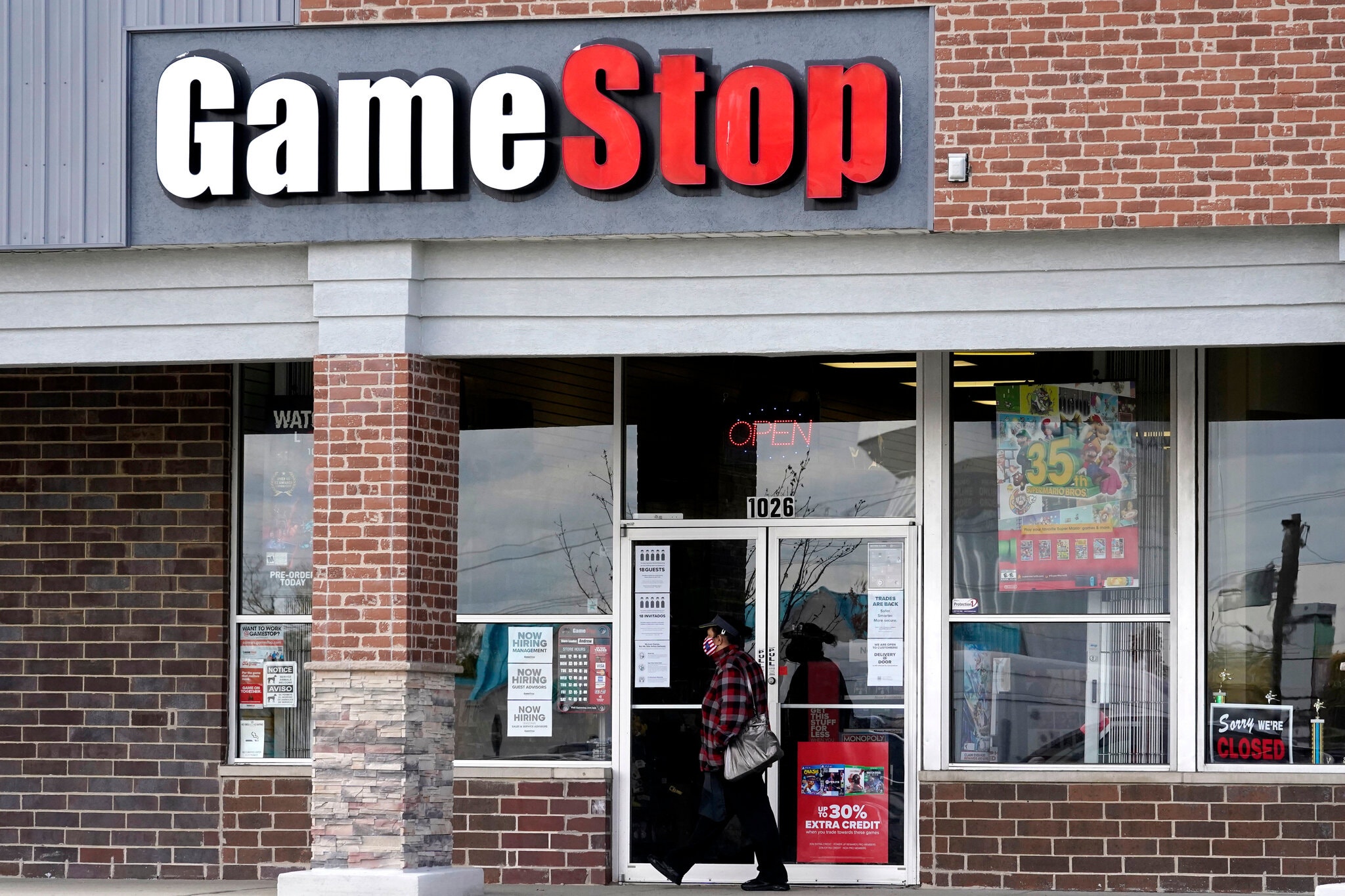 Can Anything Stop GameStop?

Why is Wall Street obsessed with GameStop, the video game chain that until recently was known for middling performance? The company’s stock has soared to scarcely believable levels — its market cap as of yesterday was $10 billion, and its shares briefly doubled in premarket trading today — thanks to an army of small traders spurred on by a Reddit message board.

What’s happening: Traders on the Reddit message board, WallStreetBets, a community known for irreverent market discussions, made GameStock their cause du jour and rushed to buy out-of-the-money GameStop options. (A sample comment on the board: “PUT YOUR LIFTOFF DIAPERS ON ITS ABOUT TO START.”) Both Elon Musk and Chamath Palihapitiya also egged on the crowd via Twitter. The frenzy has forced market makers who sold the options to buy the underlying shares to hedge their risk. As more traders snap up options, the brokers have to buy up more shares. That’s driving the astounding rise in the company’s stock price, which began the year at $19 and at the time of writing was around $230.

The Reddit jockeys have already toppled a bigwig. Gabe Plotkin, the hedge fund trader whose Melvin Capital was shorting GameStop — and who recently raised a $2.75 billion bailout from Citadel and his former boss, Steve Cohen, amid the short squeeze — confirmed to CNBC this morning that he was throwing in the towel and had exited his position. Though Mr. Plotkin’s other short bets appear to be suffering, possibly because they are being targeted by traders (Melvin and Mr. Plotkin are often pilloried on the message boards), he said that his firm had plenty of capital.

A big worry is that this has become a short-squeeze revolt. Short-sellers were down $91 billion for the month through yesterday, according to data from S3. (Such investors have lost $5 billion on GameStop alone.) While much of that was because of the overall rise in stocks, shares in other heavily shorted companies, like the headphone maker Koss, are up big. “I believe there is a systemic targeting of highly shorted stocks,” said Steve Sosnick of Interactive Brokers.

In any case, this is “an enforcement nightmare,” the Duke law professor James Cox told Bloomberg. Officials at the S.E.C. and elsewhere are closely watching internet chat rooms for signs of potential market manipulation, though they can do only so much without clear signs of fraud. If a big group of traders simply decides to buy options on a stock at the same time, out in the open, for the heck of it, proving malfeasance may be difficult. Still, “it suggests that there is something systemically wrong with the options trading on this stock,” William Galvin, Massachusetts’ securities regulator, told Barron’s, referring to the GameStop craze.

Walgreens poaches Starbucks’s C.O.O. as its new chief. When she becomes the pharmacy giant’s C.E.O. in March, Roz Brewer will be the only Black woman to lead a Fortune 500 business.

Details emerge about the fire that killed Tony Hsieh. Reports from the authorities in New London, Conn., reveal that the former Zappos chief had locked himself in a shed moments before a blaze broke out. It’s not clear whether the fire started because of carelessness or “an intentional act.”

“Socialism for the rich and capitalism for the rest.” In his latest Times Opinion column, Tom Friedman argues that the federal government’s huge stimulus efforts have bolstered the fortunes of the rich and left everyone else behind. “When this virus clears, we ALL need to have a talk,” Tom write

What to do about political donations is vexing boardrooms across corporate America, particularly at companies that announced across-the-board halts in giving after the Capitol riot on Jan. 6. Many of those pauses were meant to be temporary — what will companies decide to do as their self-imposed deadlines approach?

The companies are separating into three main camps:

We hear more announcements are on the way. Companies that have yet to say what they’ll do include Microsoft, which set a Feb. 15 deadline to decide; American Airlines, which is taking a three-month break; BP, which is pausing for six months; and Hilton, which said it was halting all giving “indefinitely.”

Under pressure. Corporate advisers, lobbyists and executives tell DealBook that employees are the ones exerting the greatest pressure on directors. Democratic officials are criticizing businesses for “both sides-ism” and privately threatening to limit access to policymakers for companies that paused all donations. But since Democratic control of Congress is narrow, Republicans can still press their case for relevance.

Rethinking the way PACs are run. Advisers say companies are discussing governance changes and greater transparency for their corporate PACs. But consider this: Microsoft paused its PAC for a few months in 2019 in response to employee pressure, ultimately making changes like adding an employee advisory council, criteria on diversity and monthly reporting on donations. It is now rethinking its approach again after the election challenges and storming of the Capitol.

Get in touch: Have you been involved in your company’s political donation debate? Are you making the decision about what to do with a corporate PAC? One of the biggest criticisms of money in politics is the lack of transparency, and we’re trying to help DealBook readers understand what’s happening behind the scenes at this important moment in history. Email us at dealbook@nytimes.com or use a variety of secure, confidential options for sending tips.

“Your tune is ‘money.’ Thanks for the mood music, I’ll take it from here.”

David Solomon’s 2020 compensation was cut by more than a third, to $17.5 million, Goldman announced yesterday. The bank made him return $10 million as a penalty for the 1MDB scandal, in which the bank admitted criminal wrongdoing in its dealings with a Malaysian investment fund. That dropped him below Jamie Dimon of JPMorgan Chase, whose pay last year was held at $31.5 million, while Morgan Stanley added a few million more to James Gorman’s package in 2020, bringing it to $33 million.

Behind Mr. Black’s decision to step down as C.E.O. of the investment giant Apollo Global Management was his yearslong financial relationship with Mr. Epstein. Underlying that bond, The Times’s Matt Goldstein and Steve Eder report, was Mr. Epstein’s professed mastery of a tax strategy employed by the wealthy.

Mr. Epstein entered Mr. Black’s orbit with work on a GRAT, a type of trust used to reduce clients’ tax liabilities in handing down assets to their children. (Notable users of the strategy include a Walmart heir and Fred Trump, the father of former President Donald Trump.) Mr. Epstein proposed a solution to a problem with a GRAT set up in 2006, which Mr. Black’s lawyers called a “grand slam” for purportedly producing $1 billion in savings.

But Mr. Epstein earned much more than the norm. He typically charged clients a percentage of the anticipated tax savings from his advice. (Mr. Black paid him $158 million over five years.) That level of compensation astounded experts: “You could be the best lawyer in Manhattan working on the most complicated trusts and estates and it would never come anywhere close to that kind of money,” the Washington lawyer Jack Blum told Matt and Steve.